Waldo’s new results studio makes it easier than ever to understand your test results. The Results Studio allows you to watch test playback recordings, view expected and recorded screenshots side by side, and see a full breakdown of your entire test in the timeline.

Waldo's results studio is broken up into 4 parts. The playback panel, the step comparison view, the timeline, and the dependency inspector. 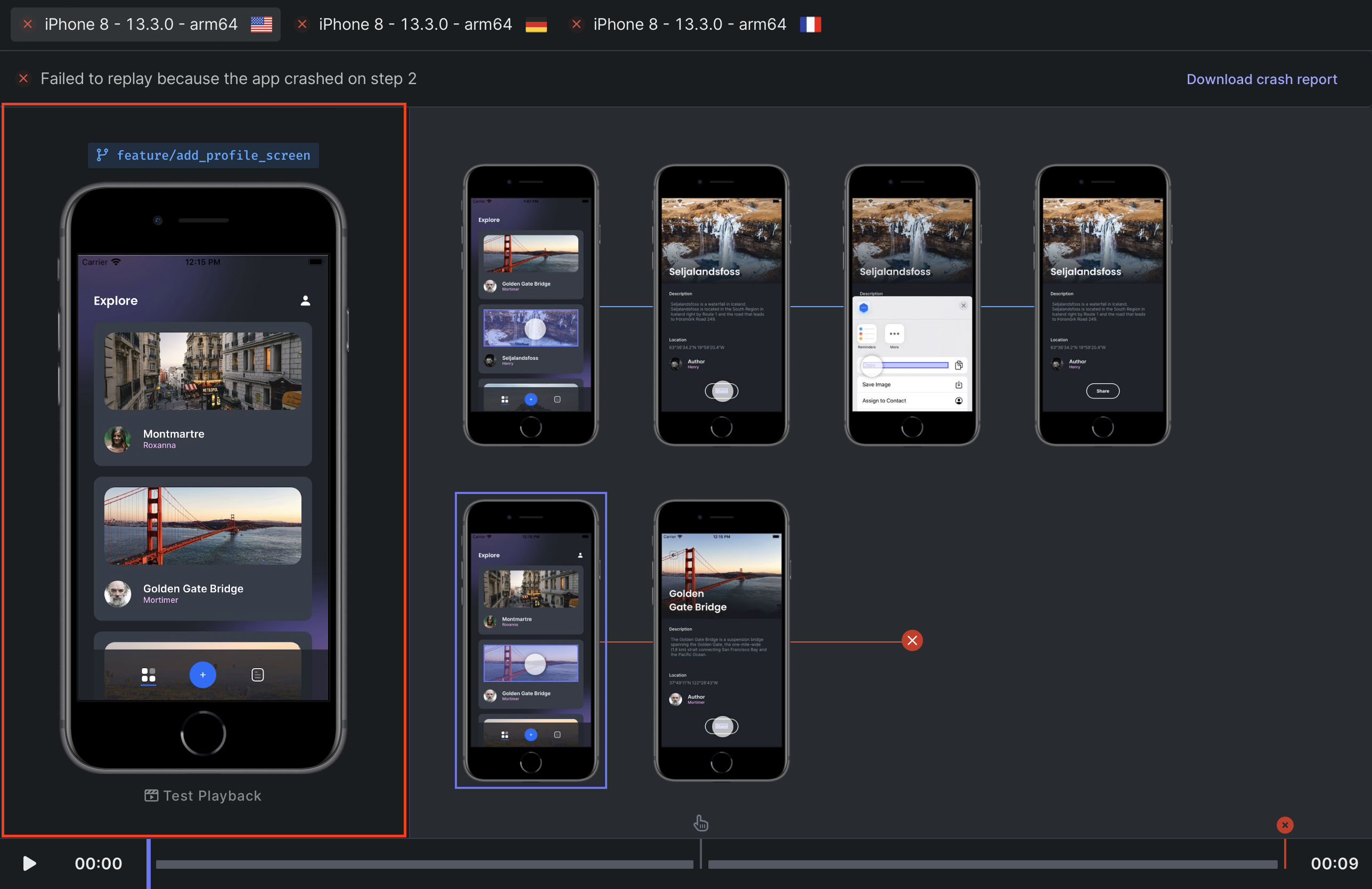 Step Comparison View: The step comparison view (2 rows of iPhones) shows screenshots taken from your actual results (bottom) and your expected results (top). The purple highlight indicates the step within the expected flow that corresponds to the current recording playback position. 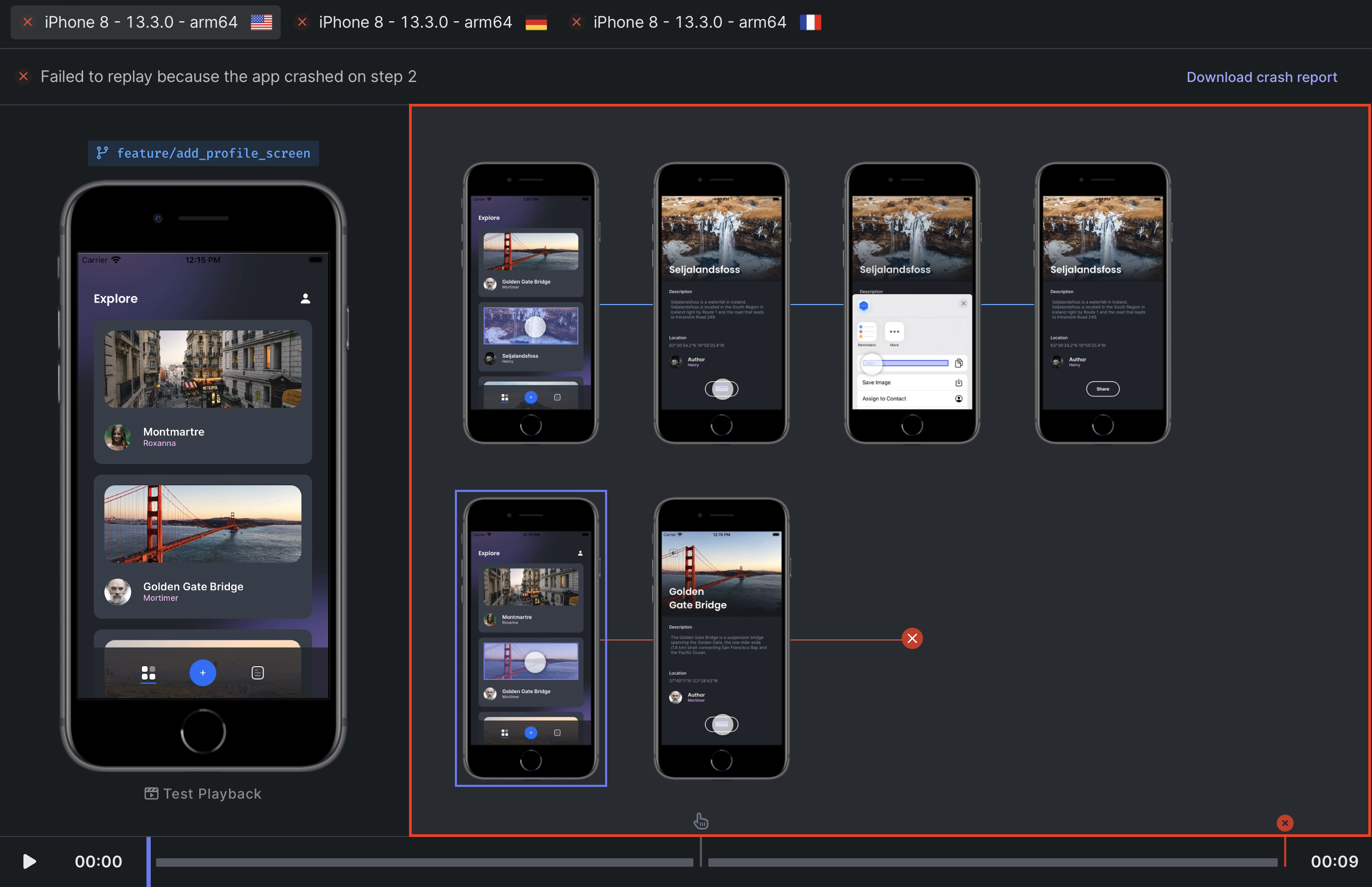 Timeline: The timeline shows an event-based breakdown of your test. The bars represent the time your application takes to pass the assertions set within a given step, and the icons represent the interactions that move your app into the next step of the test. 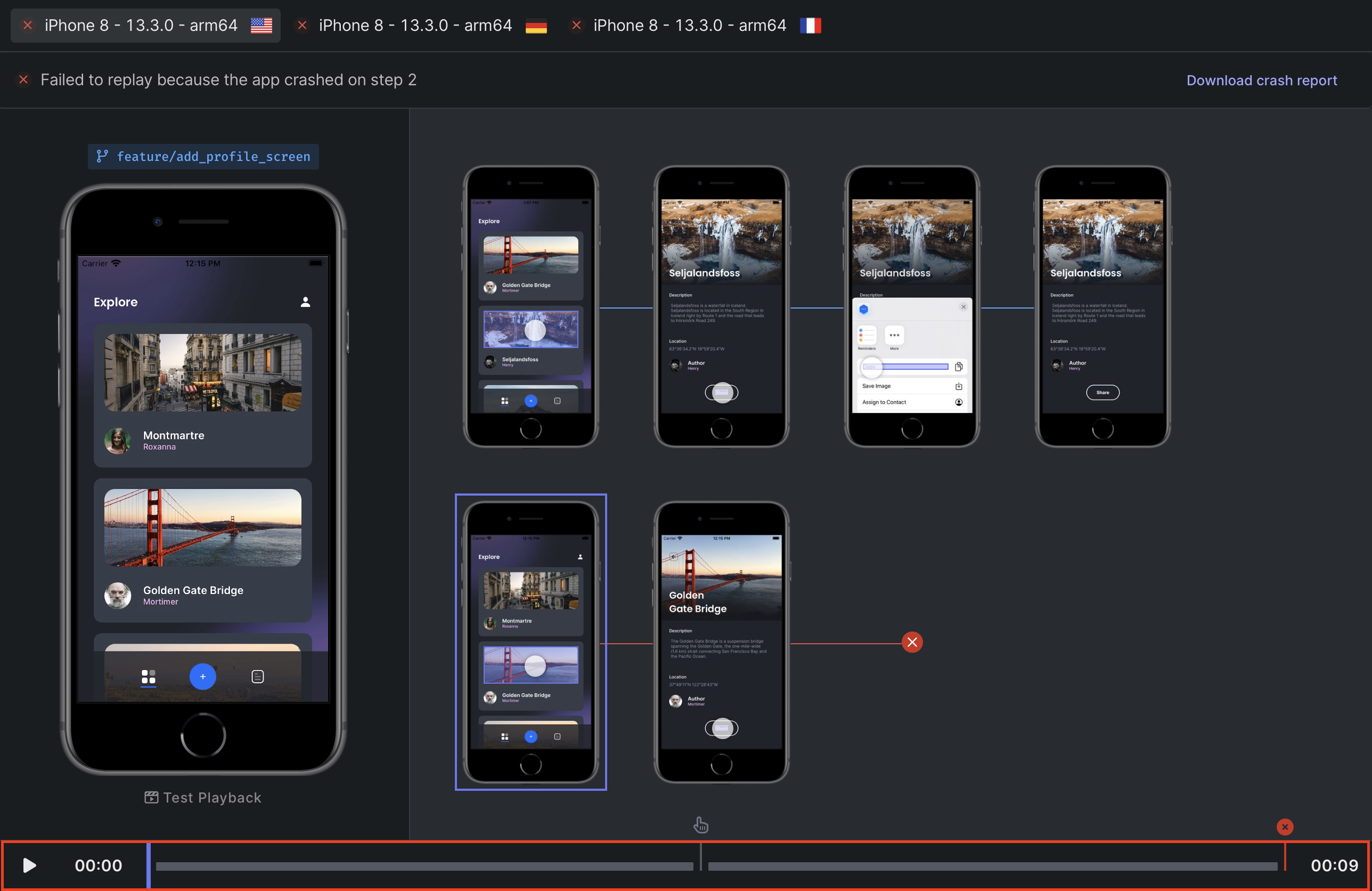 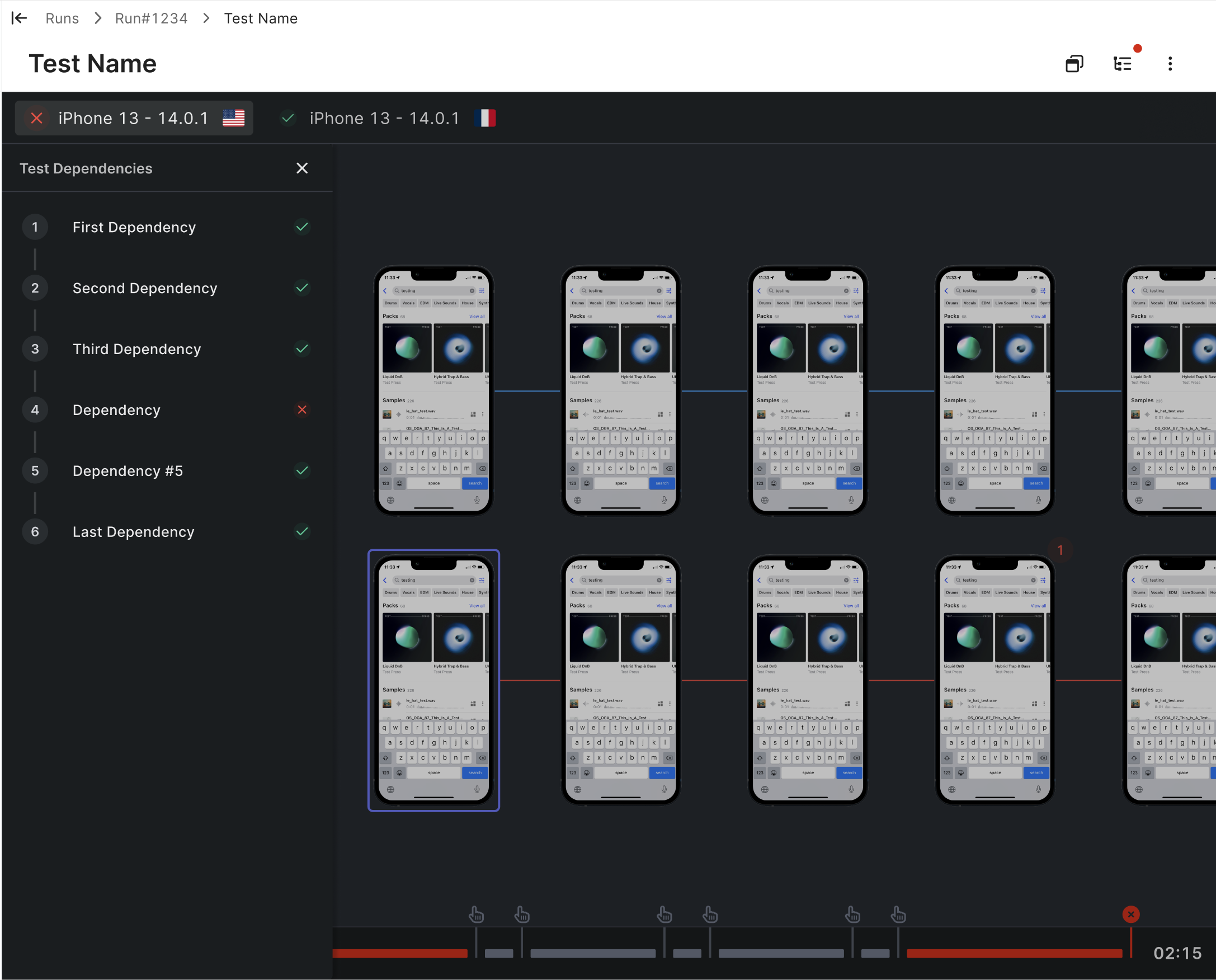 Each test within a run completes with a status. Regardless of the replay status, there are a few tools you can use to understand your results.

If your test fails to replay on a device configuration because your app crashed, Waldo indicates exactly where in the flow the crash occurred and what interaction caused it.

If your test fails to replay on a device configuration because of the current context, you should examine the replay to help you understand the failure. Typically, the failure is for one the following reasons:

If your app is simply not behaving properly, you can use the same approach as discussed previously under “App crashed” to diagnose the root cause of the problem.

If your app has changed, or Waldo cannot determine how to proceed on one step of the flow, or both, you can simply select Review. This will take you to the step Overview where you have multiple options:

Even if your test replays successfully, Waldo may indicate one or more assertions that do not pass validation.

As in the case with “Cannot replay” discussed previously, you should first determine whether the failed assertion indicates an actual problem (the app is not behaving properly), or that the assertion needs to be updated (or removed entirely).

If you determine that the assertion is outdated, you can click on the Fix assertions button and either:

A “flaky” test is one that yields different outcomes when played multiple times.
In order to detect those, we always retry whenever we see any kind of error when replaying a test:

What can you do?
As you can see, for flaky tests we show a toggle in the banner to see the different outcomes that happened.
The first step is to play with this to determine exactly what caused the flakiness.

It will generally be for one of the 2 reasons:

There are 2 very common scenarios for the latter:

So in short, if you see that the replay engine is not doing exactly what you expect, you can:

This status means that one of the dependencies could not be replayed properly. Thus Waldo was not even able to reach the point of attempting the replay of that particular test.

There is not much to do on the test itself. Instead, you should see how to fix the dependency test directly.

In some very rare cases, you might see a test in a dependency error status even if all other tests are passing. This can happen if one of the early tests is flaky. Consider this situation:

Recording a strong test suite early on is essential to ensuring your dependencies succeed in future runs.

This status means that the application is repeatedly blocking the main thread.
You download logs to find out which interaction caused it.

If we could not replay the test in Waldo for some network reasons (on our side), you will get an App failure error. It can usually be resolved by retrying the replay.