After duplicating the test, you can make any desired changes: changing assertions or re-recording the test behavior, for example. The name of the duplicated test will be "Copy of [Original Test Name]".

How does it works with dependencies?

How does it works with variables?

Variables are duplicated within the test.

How to duplicate your test

From the test page: 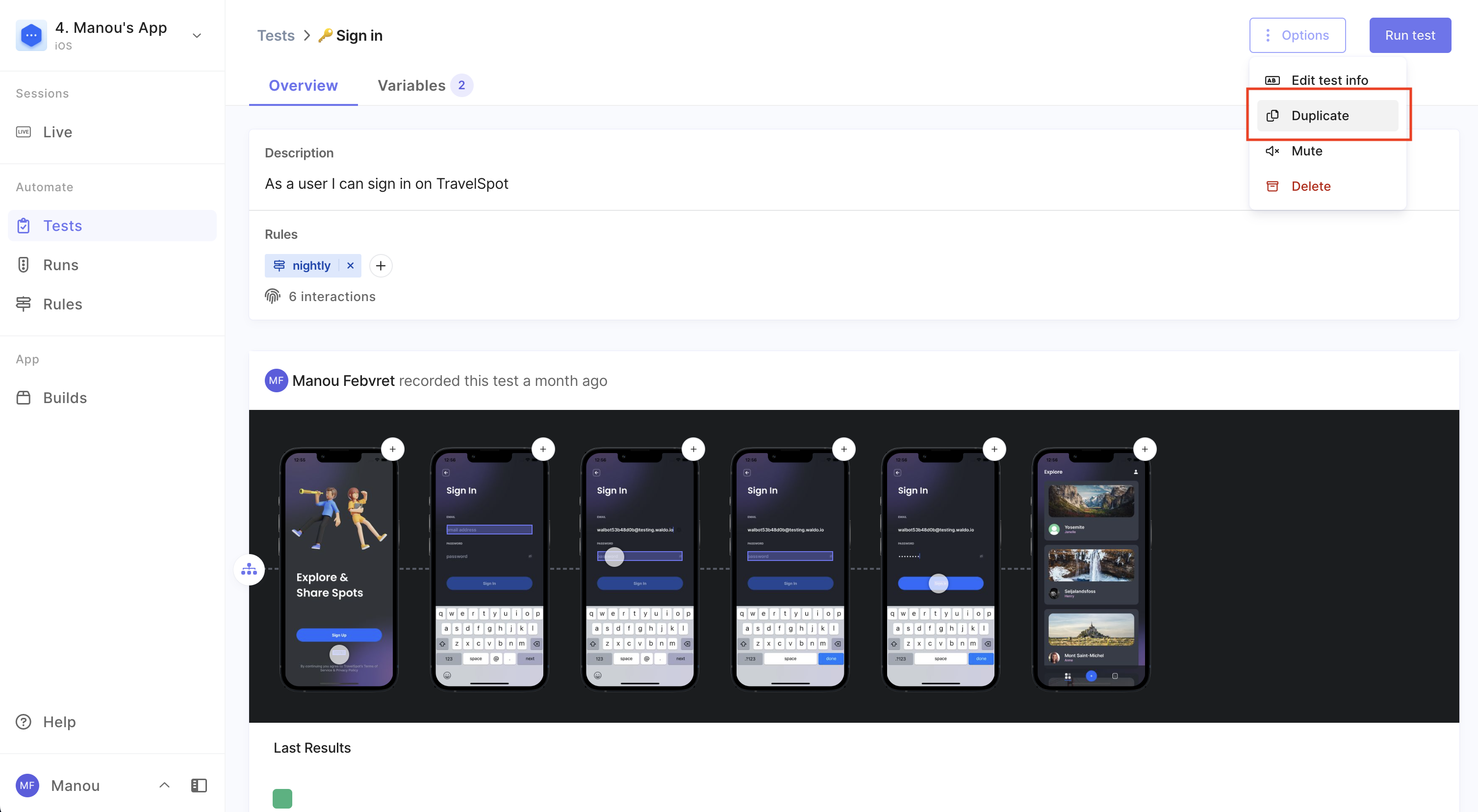 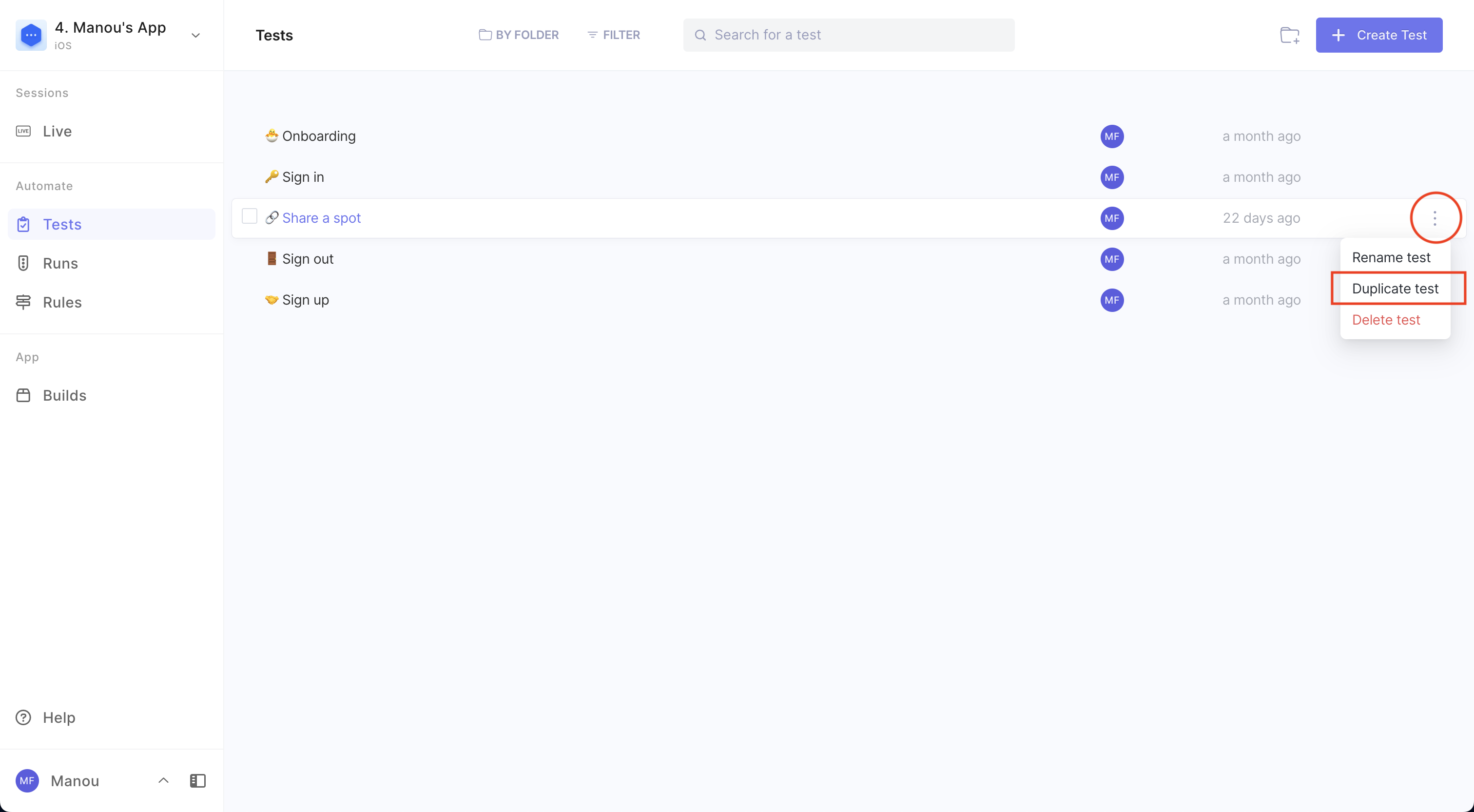 We wanted to explain one limitation around dependencies that may impact this feature.

Once a dependency is established between two tests, a copy of the dependent test will always retain its predecessor's dependency, and this cannot be edited/altered.